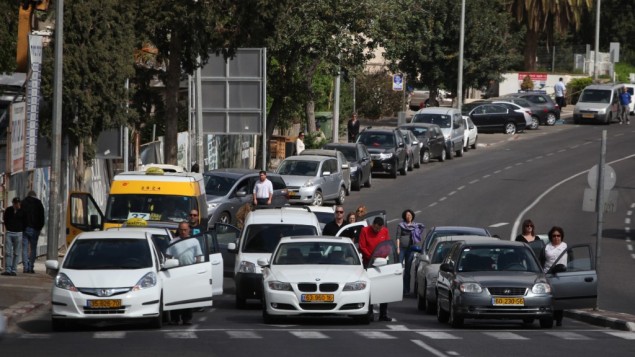 YOM HASHOAH AND ITS INHERENT MESSAGES TO THE JEWISH NATION

Prior to the arrival of Yom HaShoah, I decided I would devote more quality time and attention, in a deeper and more meaningful way, to this precious day of Remembrance. I arrived at this decision after experiencing the countless blessings of receiving a clean bill of health after a cancer scare.  Personal experiences, where your life flashes before your eyes, are definitive times to assess what is significant in life and this day of Yom HaShoah is very significant and precious to me.

First of all, why was this date chosen and what is its significance? The Hebrew calendar is filled with various holidays that commemorate specific epic events in the History of the Jewish nation such as Passover, Chanukah and Purim where we overcame our enemies and emerged into freedom.  According to About.Com on 20th Century History, various days and dates were debated in the Israeli Parliament in order to ultimately select a date that would have a direct relation and tie to the Holocaust.   Finally after two years of discussion, the 27th of Nisan was chosen. This day falls after the Festival of our Freedom which is Passover and falls near the date of The Warsaw Ghetto Uprising which took place in April of 1943. Originally it was called, Holocaust and Ghetto Revolt Remembrance Day. The name later became known as Devastation and Heroism Day and later simplified to Yom HaShoah….Israel’s Holocaust Memorial Day. This date reflects upon the horrors of the Holocaust and its decimation of our nation, as well as the courage of those heroic souls, who dared to instigate the Warsaw Ghetto Uprising against the perpetrators of evil. It is a date to remember and honor all the courageous of ISRAEL who dared to survive the horrors against all odds and live to tell the truth of what transpired.

I can attest to the fact that the entire Nation of Israel, in the Land of Israel, takes Yom HaShoah very seriously. The entire day, which begins the night before at sunset, is dedicated to ceremonies, education and testimonials to the victims and survivors. Shops, entertainment, restaurants and other non-essential businesses close in order to bring honor to this sacred holiday. The majority of Jews in Israel attend ceremonial events, watch tv shows about the holocaust, or ceremonial events broadcast on tv or attend other activities that honor the day and its meaning.

Prior to bedtime, I lit a fragrant candle in honor of the Day. My intention when lighting, was that the fragrance of the candle and its light, representing the pure souls that perished in the brutal Holocaust, should create a burning flame inside of me and the entire nation of Israel; a flame that would ignite OUR SOULS and empower us to live our lives with devotion to G-d and our people with purity and strength, in order to bring honor to those who perished. Afterwards, I retired to bed with reflections of our nation and its history floating through my mind. I awoke to a glorious sunny day with a soft whisper of a breeze caressing the earth.

I said my morning prayers and began to read from the deeply moving book, “Women in the Holocaust” compiled and translated by Jehoshua and Anna Eibeshitz.  I quote from the Preface of this book written by Fayge Silverman, the Editor, in the hope that their stories inspire spiritual movement in all of us. Here is what she wrote:

The testimonies gathered in this anthology are personal experiences and observations of women who survived the darkest period in Jewish history. Their stories form a powerful chronicle of enormous suffering, unwavering strength, and remarkable perseverance in the face of disaster. The stories in this book are a keen testimony to the depth of the spiritual struggle kept alive by women in the Holocaust—-women of vastly different social strata, divergent educational and religious backgrounds, who were nevertheless united in their fight to retain their Jewish and humanitarian values. These women were aware of the very basic Jewish principle of freedom of choice. They understood that restrictions and walls could limit their physical movements but not their mental or moral freedom; and so, with great self-respect, they exercised their choices even in the most horrendous circumstances. Their spiritual resistance manifested itself in many forms. Again and again in the testimonies, the theme of self-education arises, the recognition by the youth of the ghetto of the all-important need for nourishment of the mind and spirit.

These young people actively organized learning circles and underground schools once the Jewish schools in the ghetto were closed. The hunger for learning was universal among them and they went to great lengths enduring freezing cold and risk of life to learn the Bible from their beloved teacher. They became deeply aware that their soul and not their bodies were responsible for their survival, and they turned their attention to the cultivation of their precious inner resources. Their spiritual resistance did not cease in the ghetto but the young women continued to exercise their moral freedom even in the black terror of the death camps, where cultural and prayer groups were organized under the watchful eyes of their overseers, where poetry was written, where Sabbath candles were lit in secrecy, where pocket siddurim (prayer books) were kept and treasured-where faith flourished among the observant and non-observant alike. Even in their final hour, the women did not relinquish the right of choice. Many of them found courage to demonstrate that even if one is aware he is walking to his death, there still remains to him to choose the manner in which he will walk. Testimony is given of an eleven year old girl who asked her mother not to debase herself by begging for mercy of a Polish policeman but to accept her death sentence in dignity; of several young underground activists who, rather than allowing themselves to be lead meekly to the gallows, chose instead to shout words of encouragement to their fellow prisoners even as the nooses were being lowered over their heads.  Chava Bronstein, a prisoner, succinctly articulates the feeling of many young women who resolved not to allow the Germans to gain control over the innermost chambers of their souls: I marched in my torn coat and wooden clogs, and I trembled from the cold. I was fourteen years old then, and I was hungry and humiliated, yet I thanked G-d for being strong inside. The Germans, hoping to crush my faith through the evil hand of degradation, instead succeeded in strengthening my belief in the Almighty. I looked and actually saw the hand of Providence in many events.

This ends the Preface of this extraordinary two volume book set. I would like to suggest that you read this precious book, not only for inspiration from women who kept alive a heroic spiritual resistance but to understand what we stand to gain by delving into their stories. They are extremely pertinent today as we face once again the enemies of the Jewish nation who strive to destroy us both physically and spiritually.  Our biggest challenge today however, is not the fear of life or death, but choosing IF WE WANT TO BE FULLY ALIVE AS AN ACTIVE MEMBER OF THIS HOLY NATION. HOW WE WILL MAKE THAT HAPPEN AND WHERE WE WILL DO IT?

We have returned to our ancient homeland, where our Hebrew calendar is filled with our various holidays that reiterate and incorporate the history and traditions of the Jewish people. It is here in our Holy Land that we can truly make amends for what was done to our People over the course of our history. It is here in Eretz Yisrael where we arose like a phoenix out of the ashes of annihilation to miraculously defeat our enemies and create a country that we can be proud of.

SO, spend some time reading, learning and growing to honor those who gave their lives as innocent victims of a nation gone insane. Strive to apply the precious teachings they passed on to us as their legacy and bring honor to their memory.