RABBI AVRAHAM YITZCHAK HACOHEN KOOK/ A ONE OF KIND MAN WHO TOUCHED THE WORLD AND THE SOUL OF AM YISRAEL: 3RD OF Elul Yahrzeit 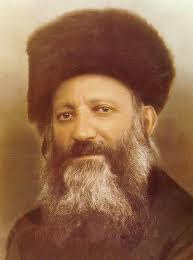 A Jewish National Fund (JNF) publication on HaRav Kook tells the story of his perseverance even to the end of his days. Towards the end of his life, wasting away by a fatal cancer and suffering from severe and unrelenting pains, HaRav Kook was visited by a delegation of the leaders of the JNF, whose mission is to reclaim Jewish lands by purchasing them from the Arabs. They were in a deep financial crisis and desperately needed the Rav’s approval and contacts for a fundraising campaign. He aroused himself to their plight and dictated a letter to his secretary who smilingly responded to the Rav that the rightist critics, the zealots who opposed him, will accuse the Rabbi of being a Zionist. Rav Kook responded with a twinkle in his eye, “Is it at all possible for a Jew not to be a Zionist? After all, G-d Himself chose Zion and is thus a Zionist; and we are commanded to imitate G-d and walk in His ways.” Such was the mettle of this most remarkable man who lived and died for his beloved Zion: The Holy Land and His beloved nation of Israel on whose behalf he fought mightily in so many arenas.

HaRav Kook was born in the fall of 1865 in Grieve, Latvia to a family distinguished by love of learning and piety. When he was 4 years old, he heard his mother speaking about the Patriarchs traveling to the Holy Land, whereupon the child grabbed a walking stick and began to march. His mother asked him where he was going and he replied joyously,”To the Land flowing with milk and honey!”

In his last days on earth, Rav Kook showed a heroism and courage that was other-worldly as he attempted to address a meeting in Tel Aviv related to Shabbat observance. A renowned specialist from Paris was attending to his medical needs, when he got the call from the leader of the group. The doctor was in complete awe at his stamina and tenacity. When the group leaders realized his intent to leave his sickbed and speak at the meeting, they became extremely distressed for his well-being. When Rav Kook saw their concern, he said, “Do not worry, the desecration of Shabbat in Tel Aviv hurts me much more than my physical pains. If I can help avoid even some desecration of Shabbat, it will be better medicine for me than anything my doctors can prescribe.”

Another time, when a devout Jew was visiting from America, he commented and complained about the widespread laxity in the observance of Judaism in The Holy Land. Rav Kook explained that Eretz Ha Kodesh is the emergency room of the Jewish world. He told him that Eretz Yisrael attracts many spiritually ill to our Land because the spiritual climate heals both the soul and the body.

Rav Kook was a man ahead of his time for he could envision the future of not just the Land of Israel but the entire world, in an extraordinary way. HaRav Kook’s overriding goal was the complete unification of the people of Israel, and through them all of mankind accepting the Kingdom of G-d. He believed that all distinctions, separations, differences between peoples, institutions and ideals were but temporary manifestations of a fragmented world. He believed with complete faith that the people of Israel, through the Torah of Israel and in the Land of Israel, are the instruments for the final unification of all mankind, all ideals and aspirations. Without the Land, Rav Kook asserted, Israel must remain fragmented, mankind unredeemed and the great vision of unity dimmed and distant.

Rav Kook passed away on the 3rd of Elul in 1935. Thousands of Jews stood together at his funeral where it was eulogized, “In the hearts of all lovers of Zion, Abraham Isaac Hakohen Kook, first chief Rabbi of Israel occupies a hallowed place. The story of this saintly figure is an inspiring demonstration of ‘spirit in action’.”

According to the Torah, on the yahrzeit of a Tzaddik, a righteous person, his great deeds and His Torah can be accessed to bring his light into the world for Blessings. May the merit of Rav Kook’s extraordinary deeds on behalf of his beloved Jewish nation bring much needed Blessings and healing to our fragmented world. May his enormous merits and great Torah knowledge be accessible to all who choose to be uplifted by the soul teachings of a Torah giant. May his love of Am Yisrael and Eretz Yisrael enable us to be lovers of Zion in all facets of life. May we also rise to action on behalf of our G-d and our nation.

With Blessings of love and light during this holy month of Elul, Ariella Bracha Waldinger