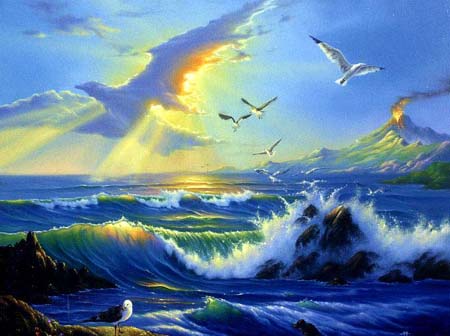 King of the Months: Nisan—the Month of Miracles

Did you know that Nisan is called the “King of the Months?” Nisan, by definition is the month of miracles because its root is from the Hebrew word Nes, which means miracle. It is the month of nessim—miracles. This alludes to the many miracles performed by G-d for our ancestors in Egypt, as well as  for the Jewish nation during their journey to the Promised Land.

Where do we find the term “King of the Months?” The Bnei Yissaschar teaches that because Nisan corresponds to the tribe of Yehudah, the tribe chosen for royalty, as well as it’s designation as the first month, Nisan became King over all the other months. In fact the other months of the year are numbered starting with Nisan as the first.  Also, according to the Mishnah, Nisan marks the New Year for the counting of the Rule of Kings.

The book, Yalkut Yosef, Hilchot Pesach, based on the teachings and halachic decisions of Rav Ovadia Yosef OBM, informs us of a teaching of the Maharil. “He teaches that Nisan is the King of Months primarily because of the festival of Passover. Additionally, the Lehorot Natan on Parashat Shemini, page 64 adds that when the Exodus took place, manifesting miracles far beyond the laws of nature, it was implying that a King can break the rules at any time and no one can object.  Since these wondrous miracles which wielded the Greatest Miracle in history were performed by the King of Kings and took place in the month of Nisan, the month is endowed with the title and quality of Kingship.

Rosh Chodesh Nisan (the first of Nisan) is blessed with ten sparkling crowns, personified by ten events, which also allude to its Kingly character. On this auspicious date, the Sanctuary in the wilderness, built by the Israelites, was inaugurated and became a fitting resting place for G-ds Divine presence—the Shechinah. “So great was the glory of G-d that covered the Sanctuary, that even Moses was afraid to enter.” (Stone Chumash commentary on Vayikra)

The ten events by which Nisan was honored are:

(Shmot:12:1-2) Our sages also teach that numerous sections of the Torah were revealed on this date.

“there is a link between the final day of the Sanctuary’s inauguration and the first day of the creation of the world. From the beginning of Creation until the Shechinah, G-ds Divine Presence, descended to rest upon the Sanctuary, the universe lacked spiritual perfection. On this day, the aim and purpose of Creation was realized. Therefore the day was honored specifically with ten events to indicate that the final Inauguration day of the Mishkan (the Sanctuary) was of no lesser importance than the day on which the universe came into being. Therefore, just as the world had been created by ten Divine pronouncements, so was the consecration of the Mishkan marked by ten outstanding features.”

Rabbi Zvi Ryman in his book, “The Wisdom of the Hebrew Months” teaches the following: On Rosh Chodesh Nisan, HaShem commanded Moshe to instruct the Jewish people to take a sheep (one of the G-ds of Egypt) and tie it to their bedposts, in full view of the Egyptians. How scary? The Jewish people would later slaughter it as a Korban Pesach (Passover offering) in order to be redeemed. Moshe himself, asked G-d how He could request this of the Jews, who could likely be stoned to death by the Egyptians for killing their G-ds. HaShem answered Moses, saying “By your life, they will not leave Egypt unless they slaughter the sheep before the eyes of the Egyptians, thus proving that the gentiles’ idols are powerless.” Who can fathom the courage and self sacrifice required of a people who had so recently been subservient to the Egyptians and now had to boldly slaughter the gods of their former masters?” This aspect of self sacrifice, in order to perform G-ds will, teaches us the essence of the Jewish people which is at the root of their souls.

An additional factor relating to the kingly nature of Nisan is related in the Talmud, where it teaches that according to Rebbe Yehoshua ben Hananya, our forefathers, the patriarchs, were born and passed away during the month of Nisan. Their emergence into the world brought great spiritual bounty, as well as powerful Divine emanations. This aspect provides a power boost to the already dynamic month of Nisan.

Just thinking about the arrival of the month of Nisan, The King of Months, excites me in both an emotional and spiritual way because Passover is my favorite Jewish holiday. I cherish the epic, dramatic Redemption from bondage which G-d wrought on behalf of his beloved nation. I never tire of the story and I love learning more about its depth of meaning embedded in the month and the holiday. It arouses within me an intense passion for my nation, my G-d and His gift of the Holy Land.

May you greet Nisan in a deeper way, as the powerful aspect of Kingship becomes revealed. As a result, may you see yourself as possessing royalty—sons and daughters of the King of Kings gifted with the mantle of royalty. May you savor every aspect of the royal month of Nisan and enter into the grandeur of Seder night in a joyful and elevated way. May you celebrate the nobility of our people as you partake of the Seder foods and perform the many beautiful rituals.

P.S. JUST A REMINDER: As a result of the dedication of the Sanctuary in the desert on the first of Nisan, the Princes of the twelve tribes began bringing their tribal offerings. Therefore, it is highly commendable to commemorate the Sanctuary’s inauguration by reading the verses taken from the section of the Torah (Parsha Naso, in the book of Bamidbar) describing the offerings brought by the tribal princes. http://www.chabad.org/library/article_cdo/aid/495713/jewish/The-Nasi.htm