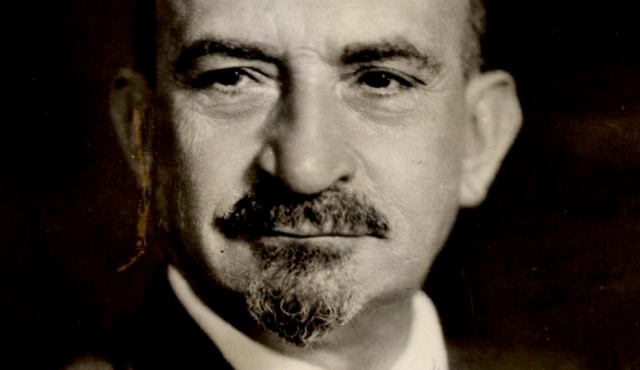 The Glorious State of Israel: State of Mind: State of Being

“A state is not handed to a nation on a silver platter.”
Dr. Chaim Weizmann, first president of the State of Israel.

From the darkness appeared a young girl and a young boy, and slowly they stepped to face their nation.

Their fatigue had no limit; they had known no rest, and drenched in the dew of a Hebrew youth,

Silently they approached, and stood quite still,

And nobody could tell, if they were living or had been shot to death.

Then the nation spoke, choked by tears and by wonder and asked;

Who are you? And the two quietly answered her:

We are the silver platter on which you were given the State of the Jews!

So they spoke, veiled in shadow, and at her feet they fell,

And the rest will be told in the Saga of Israel.

Excerpt from “The Silver Platter” by Israeli Poet, Natan Alterman

Uzi Narkiss wrote in the book, “Lionhearts, Heroes of Israel,” that when Natan Alterman published this poem on Dec. 19, 1947, he had no idea how costly the “Silver Platter” would be. In fact, on November 29, 1947, the General Assembly of the United Nations voted on the partition of Palestine into a Jewish and an Arab independent state. Immediately afterwards Jamal Al-Husseini declared, in the name of the supreme Arab committee, that “what was written in ink will be erased by blood in Palestine.”

The first drops of blood were spilled the following day, when Arabs ambushed a Jewish bus, killing and wounding the passengers. In the long, bitter war that claimed so many victims, fought by so few people with such limited resources, the small Jewish community in Israel was offered a choice: a historic opportunity, coupled with the terrible danger to its very survival: to become an independent nation, or to be annihilated. They chose the former. The outcome of the war proved beyond a shadow of a doubt the courage of the Jewish fighting men and women through their daring, self-sacrifice and enormous integrity. They turned out to be the country’s most valuable weapon.

Again and again, on all fronts, Alterman’s young boys and girls proved by risking their lives, by rushing into battle courageously against an enemy with superior power and equipment, that they could win the war and bring about the renewal of Jewish sovereignty after 2000 years and especially after the Holocaust of Europe’s Jews.

The War of Independence ended in the spring of 1949. However, the Arab agenda to spill the blood of the Jew has never changed. And even today, our Jewish youth, along with every Jew that resides in the land, has become the silver platter upon which we are given the state of the Jews–the Land of Israel. Our lives are still the offering served on the silver platter, as our enemies perpetrate their evil crimes against our beloved nation.

However, living amongst our treasured people, we feel the power, might and resilience of our most valuable weapon and it makes us strong. Only here in the Land of Israel, do we comprehend the truth, that we are fulfilling a mission chosen for us by our destiny—by our Divine Calling. We are so confident in the direction our lives are taking, that we are willing to sacrifice, in order to strengthen and forge a stronger link in the chain of Jewish nationhood and history. By returning home, we have reclaimed our Divine inner spark, dormant for so long, as we choose to lead our new lives out of faith in G-d and His ideal for His nation. We have immersed ourselves in the current of Jewish history and are being transformed in the process. 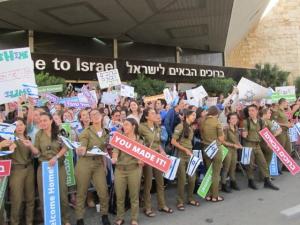 And thus we become the POLISHED SILVER PLATTER, strengthened by 67 years of hard work and restoration. We have become the new team of Jewish immigrants who work alongside their native-born brethren to restore the glorious State of Israel and the Jewish nation to its true glory through our state of mind and our state of being and our state of readiness to protect and serve. What could be more real, rewarding, more sacred or more Jewish? Nothing that I can think of!

With Blessings of love and light, Ariella Bracha