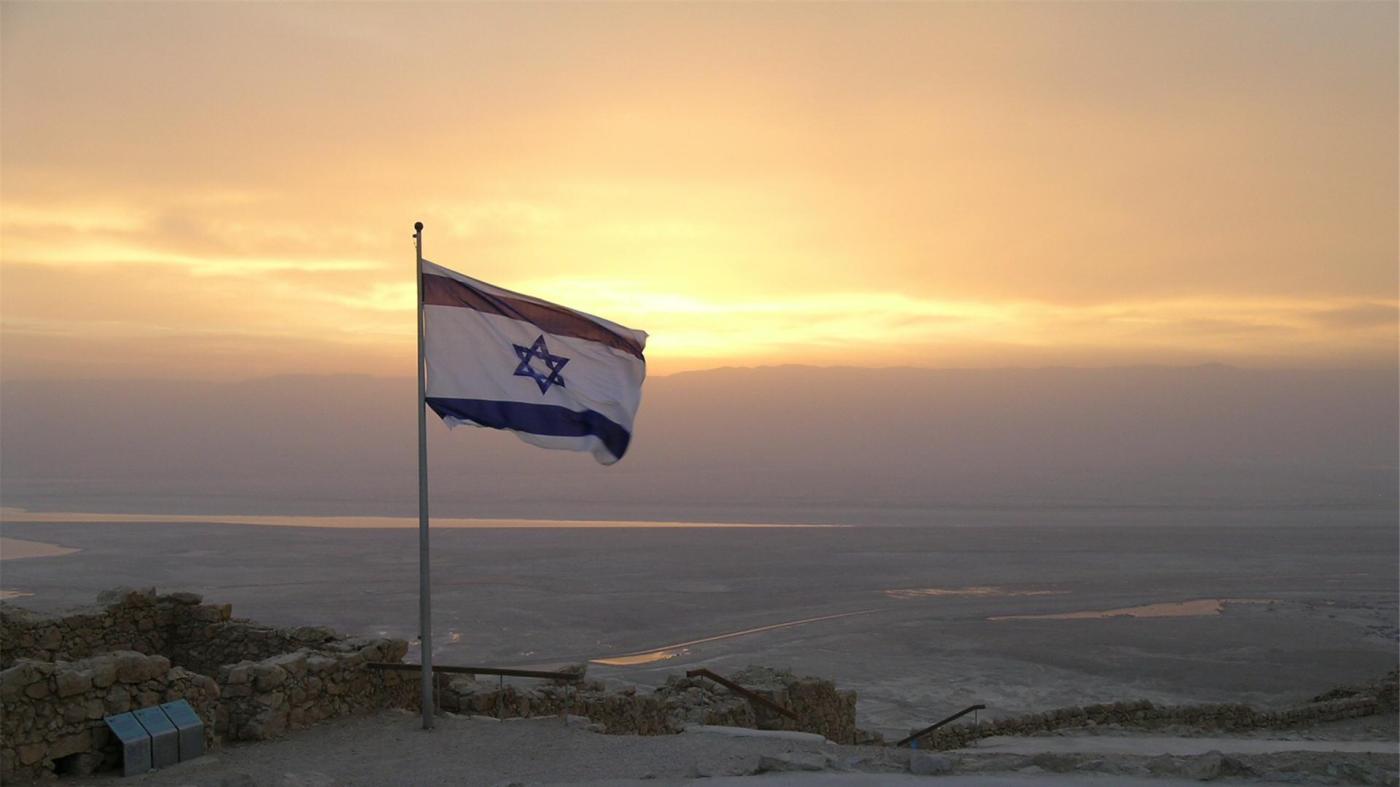 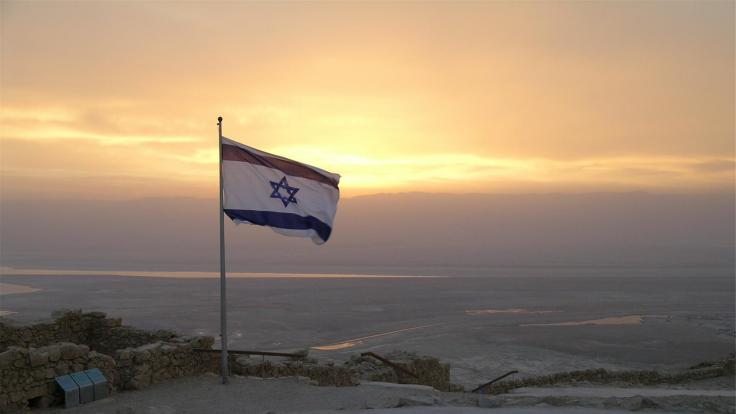 Divine Providence means that G-d not only knows what is going on in the world, but He is actively engaged in supervising its day to day, moment to moment events—nothing is happenstance, accidental or by chance. There are 2 types of Divine Providence—His care of the world including all of His creatures and His care of each individual. I grew up knowing that G-d was present and active in my life and that He ran the world, but I knew it on a superficial level. Moving to Israel, where the eyes of G-d are on His beloved Land 24/7, 365 days of the year, I became aware of His supervision and intervention in a more real, joyful and profound way.

I began to experience His Divine Providence frequently in the arrangement of events that began to transpire in my day to day life in the Holy Land. One such event went as follows: A young woman had been a guest at our house and when leaving, she chose to give me her old hairdryer to dispose of as I saw fit. It looked pretty old and beat up but it worked and so I decided to give it away but I wasn’t sure to whom. I put in my car and forgot about it. One day four months later, I was visiting a friend with a new baby. For some unknown reason, I looked in the back of my car and saw the hairdryer and decided to take it to her. A part of me was saying, don’t be silly, everyone has a hairdryer but an inner intuition told me to do it anyway. My friend was resting, so I left the hairdryer on the table with the babysitter and proceeded on my way to other errands.  I returned home 2 hours later, was in the kitchen cooking dinner when the phone rang. It was my friend with whom I had left the hairdryer.  She was crying and I thought something terrible had happened and then she told me why she was crying. The exact night before, after bathing her daughters and towel drying their hair, she had cried out to HaShem “CAN YOU PLEASE JUST GIVE ME A HAIRDRYER, SO I DON’T HAVE TO SEND MY DAUGHTERS TO BED IN THE COLD WITH WET HAIR?”  Then I showed up the next day with the hair dryer. Coincidence you say? I don’t think so.

I delight in the idea of G-d’s loving Providence being more revealed in His Holy Land and I quickly developed new eyes to be on guard for this breath-taking reality which is beyond all human expectation. I learned that the more one develops their ability to perceive the Hand of G-d, the more it is revealed to them. Now, be clear I am not stating that G-d is showing any favoritism to me personally but I could write many pages of a book about the Divine Providence I have experienced in my 10 years In the Holy Land and it defies description. 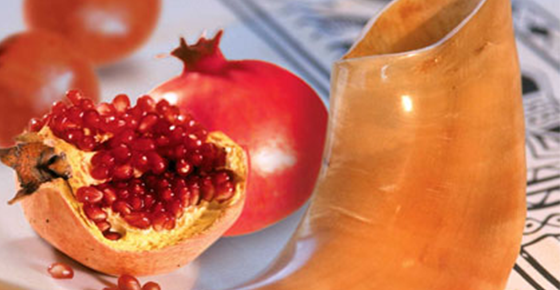 One of the most precious and loving events of epic dimension to me personally, in the realm of Divine Providence was my first Erev Rosh Hashanah in the Old City of Jerusalem. We were having 10 guests for dinner and 14 for lunch. My husband, my happy helper, was called to be on guard duty in the wee hours of the morning, as he was a volunteer with the police. He was expected home at 11am to slice and dice as he is super speedy and I am super pokey.  I had made the challah and some dishes the night before but I still had quite a way to go to be ready. He called me at 10am to say, he would not be home until 2pm.  Yikes, I thought, I could sure use another happy helper to replace him. Anyway, I left the apartment to run a quick errand and on returning, I saw a woman right outside our courtyard, looking very lost.  “Can I help you?” I said  She said, “I just do not know what to do with myself. My name is Blime and I am from Uruguay and I do not know anyone.  I am staying at one of your neighbor’s homes for the holidays but she has a very small place and does not want me to be in her house until this afternoon around 4pm.”  I said, “no problem Blime, you can be with me in our home.”  She was a bit nervous about it, but I assured her that I would enjoy her company and that we had plenty of space, so she agreed.  I gave her a cup of tea, turned on music and said she should just enjoy herself while I prepared for the holiday.  She sat down and I began to work.  After a short while, she came to me and said “Miss Ariella, I do not feel right just sitting around while you are working.” I said, “REALLY, you want to help me?” She said “of course.” Now, I am not shy about putting people to work and so I asked her to do all the things my husband was going to do and she happily obliged. I was tempted to ask her to wash the windows but I thought that might be carrying it a bit too far. Anyway, after a while, I fixed us lunch and she sat there with big puppy dog eyes filled with deep gratitude spouting off how I had rescued her by bringing her into my home and now I was feeding her. Suddenly it hit me what was really going on and tears came to my eyes and I started to cry. She looked at me with great confusion and asked, “what are you crying about, I am the one that needed you” and I said “NO BLIME, I am the one who desperately needed you. G-d brought you to me, because He knew I needed your help. Now because of G-d’s loving Divine Providence and your kind, helpful ways, my husband and I can have a nap when he gets home and we can enter the New Year in a calm and restful state with everything finished and in order.” Then we both hugged each other and cried some more because we knew that we both had needed each other and G-d had personally brought us together.

I was truly in a state of shock at this completely, unexpected revelation of G-d’s Divine Providence especially on Erev Rosh HaShanah. It was so soul nourishing and it carried me into the holiday on the deepest wings of love and gratitude. It took me to a new realm of understanding the exquisite nature of G-d’s governance of the entire world and His miraculous intervention in our daily lives. It truly brought me in touch with the miraculous nature of Life in Eretz Yisrael where G-d’s constant, personal supervision brought about our successful victory over seven Arab armies in 1948, the reunification of Jerusalem in 1967 and His intervention on our behalf during the Yom Kippur war. These incredible miracles verify that this Holy Land and this Holy people are under G-d’s personal supervision because of all the places on the planet G-d’s sovereignty is most revealed in the land of Israel.

And so it was that only 7 weeks after making Aliyah, I was privileged to taste the sweetness of G-d’s majestic Divine Providence. I was living with it in the deepest, most personal way now that I had come HOME and my life will never be the same.

My dear friends and family, if you hunger to taste life in a deeper way and if you hunger to see G-d in a more revealed way, COME HOME. It is better than any fairy tale love story or fiction book. It is the place of our birthright and is infused with a chemistry between the nation and the Land that enables us to reach our highest spiritual potential.

With Blessings for a sweet new year, with new eyes and a new spirit of national pride. With love, Ariella Bracha